I’ve got nothing for Tough Traveling again this week, so I thought I’d share some art Deb and I did either at the convention or around that time.

Deb had her art laptop while she was camped out at our booth, and though we lost a few things to program crashing (alas goblin #1!  alas my terrible attempt at drawing trees!  alas our inability to press ‘save’!), one actually got completed and two more got started!  Yay!

First, the completed one, whom we shall call Sexy Warrior Goblin:

Seriously, he’s not bad-looking for a goblin!

Because of his coloration, I’ve decided that he’s a near-surface goblin.  Those that live in the deeper caverns are paler, shading down to a sort of albino-grey.  His war paint is made from phosphorescent fungi, the specific type of which I need to rename because it’s one of the many things I named in pretend-Latin and must rework.

Then we have the two partial images: a cranky-old-man garto (actually probably a gerlito, the desert variant) — 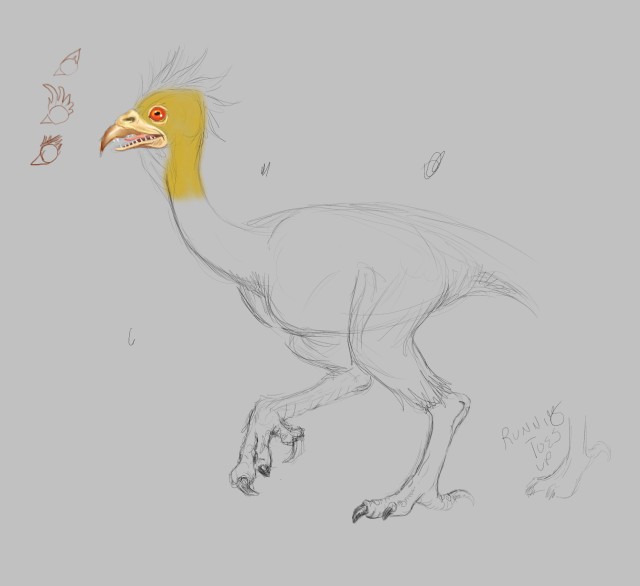 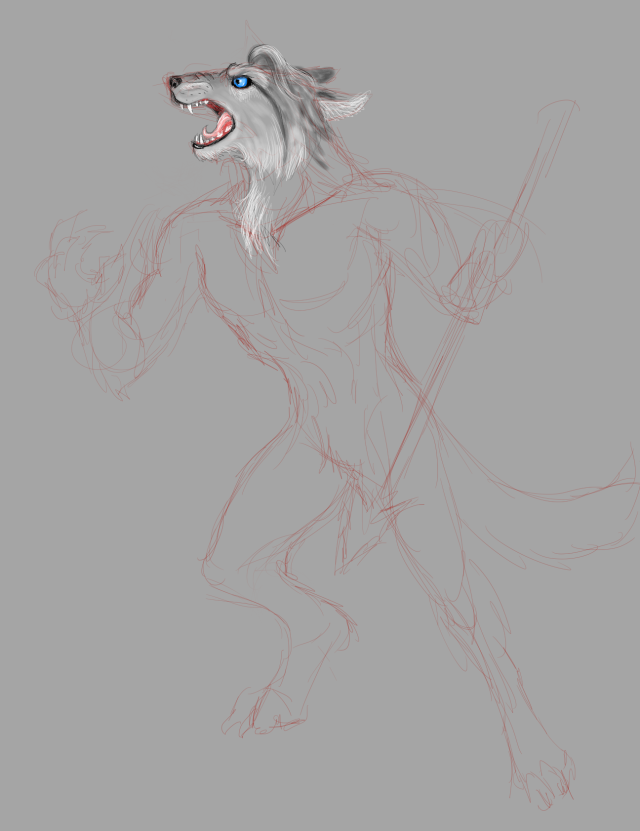 She attended a lot of panels at the convention so there didn’t end up being as much time for art as we’d expected — and when we got back to the hotel room at the end of each day, we all just collapsed, so nothing productive happened there either.  Ah well!

I’ve done a few art-based tweaks to the blog, though, which I thought I’d share.  A lot of my pages up there on the top bar were just dense walls of text, which — while par for the course with me — weren’t very welcoming.  So I’ve been adding some icons and such to them, particularly on The Gods and Spirits, The Silent Circle and The World.

In case you don’t want to check, I shall include them here!  First, the greater gods!

Not all of these symbols are the greatest, or accurately portray what they should be; the Nemesis is supposed to have a golden dagger for a pupil, and the Shadow Lord’s thing should be spikier, not rounded.  But I use the GIMP 2 program like a stamp set, so this is what I managed.

I’m happy with the Traveler symbol.  It was originally a scribble on the back of a notebook from some time during high school, and this is a pretty good recreation of that one.  And thanks to Erica, the Butcher’s axe no longer looks like a lampshade.

I also did some icons for the arcane disciplines taught by the Silent Circle:

Clockwise from the left, those are Artificing, Wards, Summoning, Mentalism, Scrying, and Energies.  I couldn’t figure out how to smooth the embossed rings, argh.  Maybe next time.

Finally, I added little icons from my kingdom flags to the page for The World!  I like making flags.  Still not sure about the turtle on Wyndon’s, though, so I made an alternate version, plus a flag for the southern land of Yezad: 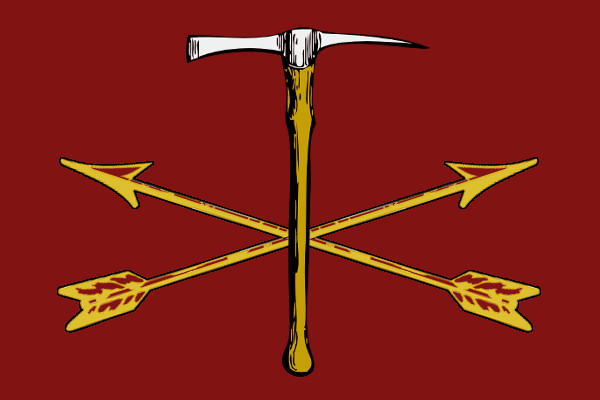 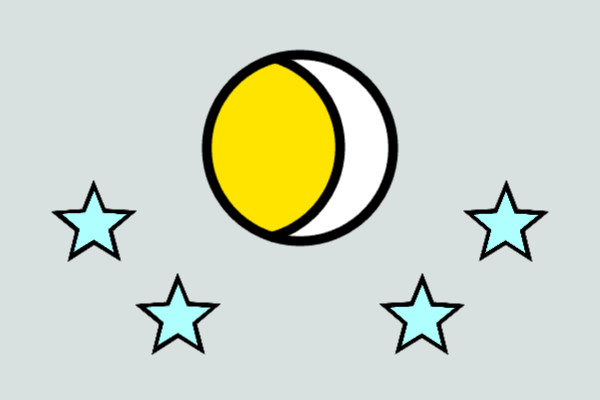 Basic, I know, but relevant to their lands.

Anyway, that’s what we’ve been up to on the artistic front!

On the writing front, I’ve finally started making headway on the final thread of Book 3.  Post-convention inertia hit me harder than I’d expected, but Chapter 1 just went through beta-reading, and I’ve hacked a bit at Chapter 2.  As I expected, they’re easy to trim.  This is the Cob thread, and I always pack way too much introspection and explanation in there when I’m doing my first draft.

Mind you, that’s not a bad thing.  It’s important to explore all angles when you’re trying to figure out how the story should go.  But now it’s my job to trim the bonsai tree back to just the pertinent information without leaving obvious gaps where I snipped out the rest.  Time-consuming and not very fun, but worthwhile.