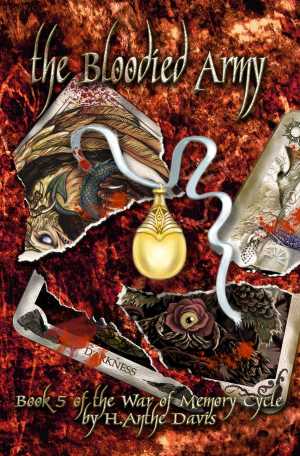 Three Seals set.  Three yet remaining.  For Cob, the end of this journey can’t come soon enough.  Though he and Enkhaelen have learned to work together, they will never be friends — and Cob has taken on an additional charge.  One that could spell the necromancer’s end.  Can monsters ever change, or must they die?

Meanwhile, a decimated Blaze Company teeters on the brink of destruction.  Enforcer Ardent won’t let it happen.  To support the Sealing effort, she is determined to use Blaze to take on the Crimson siege camp beneath the final Seal — no matter what strange alliances she must make.

But other eyes are watching the Crimson camp, and the view from the gods’ realms is bloody.