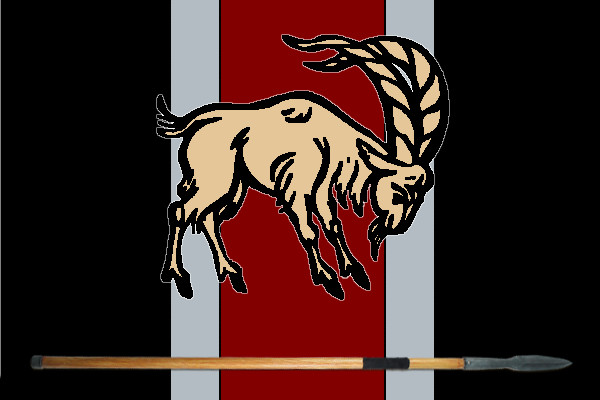 Second-to-last of the Imperial provinces and protectorates is this quiet little place, sited in the shadow of the Rift and a vassal of the Empire for decades before the Empire invaded any other western territory.  Averogne yielded easily to the Empire’s advances and accepted its troops without fuss, though it refused to cut down any of its woodlands to build garrisons.  It was happy to sell wood to the Empire, however, and let Imperial troops man the protectorate’s current defenses.

And maybe marry into the population.

Or disappear into the woods.

Many invaders have disappeared into the Averognan woods.

The unlabeled and sidelined nature of Averogne on the above map is typical of Imperials’ — and westerners’ — awareness of and interest in Averogne.  For most, it’s simply a small forested area full of courteous but distant people.  Jernizen raiders, Illanic traders, Imperial soldiers and Gejaran scholars alike will find hospitality within the Averognan woods should they stumble in.  At least at the fringes, and in the villages and towns that dot the interior.

Averognan civilians — whether living in isolated woodland homesteads, the scattered towns, or Lagurnath City itself — tend to dress brightly as if worried about going unnoticed in the woods.  Most explain this as a practicality; one wouldn’t want to be shot by one’s own kin out hunting!  This doesn’t quite explain why many only wear bright colors on the uppermost easily-removed layers, like vests and smocks and headscarves.  Underneath, they tend to wear darker and earthier colors, though the nobility are often found in all bright layers. 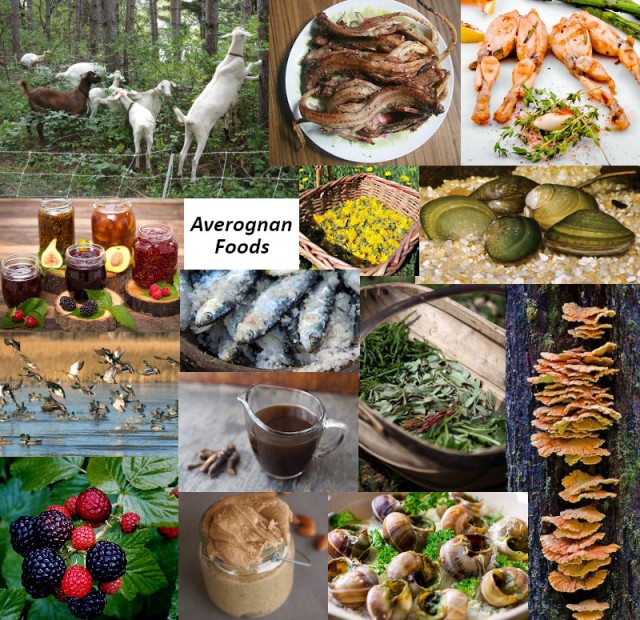 The food also doesn’t quite bear out the ‘hunting’ excuse.  While there is hunted game, it tends to be wildfowl rather than large mammals.  Goats are kept domestic, not hunted, and the other meats commonly offered to visitors are likewise from small creatures: frogs, lizards, fish and shellfish from the lakes and rivers that cut the forest into pieces.  Vegetable gardens, berry patches, fruit and nut orchards and foraging supply the rest.  They get very little food from outside sources, though do trade with Gejara for salt and Illane for spices.

Still, few visitors get to see anything beyond this simple polite hospitality, or past the ivy-grown homesteads and quiet villages.

Even Lagurnath City is small and sedate compared to the blooming metropolises beyond the forest.  In other protectorates — even small mountain-clinging ones like Darronwy — Lagurnath City would be a large town at best, bordered by an old castle wall with the fortress set back into its hill and trees shading every street.  The overgrowth beyond the battlements and up the walls of the fortress often draws comments from Imperial observers on how easy it would be to sneak up on — or into — the city and fortress.  If it has been tried, no spy has returned to report on it.

Beyond the gates and walls, the forest waits, and watches.

In daylight and good weather, it seems a pleasant-enough place.  Evidence of old ogrish settlements and other fallen structures abound, clearly grown-over by the course of millennia.  The uprise of the Rift ruined much of what had been built here before, and the Averognans don’t seem to have cared much about clearing it.  Nor do they build walls around the forest, or many paths beyond those that skip from town to town — though there are quite a lot of bridges.  Very necessary, considering the other effect of the Rift’s uplift.

While much of the runoff from the Khaeleokiel Mountains’ dense snowpack flows east through Wyndon and into the Imperial Heartlands or north through Krovichanka and Gejara to the sea, a not-insignificant amount cuts down through old riverbeds to the edge of the Rift and from there into Averogne far below.  Most years see a fine regular torrent at a few cliff sites, but during large eruptions the entirety of the Rift edge can flood with water, mud and debris.  Most of Averogne’s rivers are cut deeply enough that even great floods have minimal impact on the banks — but the lakes suspected to exist by the Rift’s base are unknown in their capacity or management.

More than that, Averogne is the source of the Losgannon River, which flows from its woods through Illane and Padras before being drawn into the continental split in Yezad, as well as a few spur rivers that head toward Low Country Kerrindryr and through Gejara.  It’s not unreasonable to say that much of the Riftlands’ fresh water passes through Averognan hands.  Few outsiders have ever tried to view the headwaters, however, and Gejara in particular chooses to take Averogne at its word about its management and protection of this water supply.

In fact, most of the western lands seem to trust Averognan neutrality.  The Empire has been lulled into that state as well, in part due to the massive problems every other conquered land has caused it but equally from the glowing reports its soldiers send back.  Even the most dubious of officers eventually has to admit that the Averognans are simple forest people indifferent to the clashes of the outside world, without even any heretical ways that should be smote.

Though it is worth noting that no Imperial specialist can get too far into the forest without dearly wishing to be somewhere else.

Sometimes, astute observers can catch glimpses of the forest’s defenders.  Rumors say that they’re humans in suits, or wood elemental allies, or moss constructs, or a thousand other possibilities…  But one thing is certain: they just watch.

From spy-towers both well-maintained and utterly ruined, they watch.  From stands of brush and tangled riversides, they watch.  From the fringes of sunny glades and the darkness beyond the cottage window, they watch.  And if the glint of a blue crystal might be seen around one such watcher’s neck, or be glimpsed beneath the leaf-litter like an ancient pavement or under a shroud of vines like a massive tower…

Well.  Best not tell what you’ve glimpsed in Averogne, or you might disappear too.