Book 2 features the protectorate of Amandon as one of its settings, though since Cob is constitutionally incapable of actually going into a city, it spends more time as backdrop.  Nevertheless, it has its details like all of the other lands.

Also, it takes up the middle chunk of the Book 2 map:

In regards to the map, Amandon stretches from the city of Cantorin in the west (at the edge of Wyndon) to the Wrecking Shore in the south (where the empty circles of the ruins are), to the star for Erestoia as its eastern shore-point, then north along the Accursed Thornland’s border to Turo and further north to Valent and Keceirnden.  Basically that whole lightbulb-shaped pale blob in the middle of the map.

And what’s in that blob?  Well! 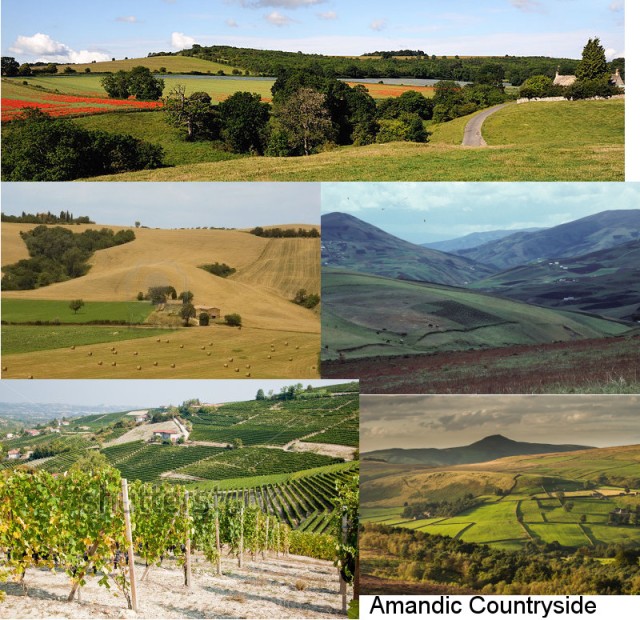 Amandon is the breadbasket of the Risen Phoenix Empire, as well as the wine-basket, and the cheese-basket, and the ham-basket.  All the baskets, really.  It has been fought over for millennia because it makes up almost all of the arable land to be found in the East, and while not everyone wants to live there — too flat for the Eagle clan, too grassy for the Bear clan — everyone wants to control it.

As of now, it is in the hands of the Empire, and ruled by Lord Regent Taleron Tenwick from the old kingdom-age castle in Silverton.  The royal line has long been extinct, and the cities are ruled by regent-appointed governors.  Citizens have some voice in government through the city councils that advise each governor, but the governors have no obligation to listen. 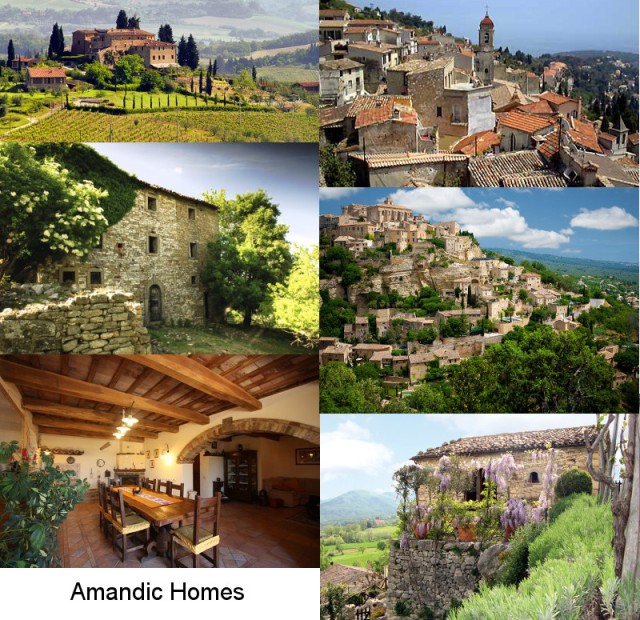 Life is good in northern Amandon despite the lack of input.  The land is fertile, the climate agreeable, exports in demand and government interference minimal.  Though the Lord Regent is an Imperial appointee, he is a Silverton-born Amand and thus not inclined to pillage his homeland.

There is very little military presence in Amandon; though most Amandic men do enter Gold Wing or Crimson Claw service for a while, they are usually assigned to the Border Corps in Wyndon or to peacekeeping within the cities.  Even though Amandon shares borders with the Forest of Mists and the Accursed Thornland, it does not consider itself threatened; those two territories, while hostile, are not aggressive.

Amandon does have a few historical injuries, though.

As mentioned, northern Amandon is pleasant.  However, southern Amandon is abandoned, including the entirety of the shore.  An event referred to as the Fire Season occurred approximately forty years ago and consumed everything from the shore to Silverton in a rolling inferno, driving the surviving population into the north and destroying almost everything in its path.  Since the Fire Season, some of the land has been repopulated, but no real settlements exist south of Turo — which was mysteriously the only city in the fire-area unharmed by the blaze.

This consolidation of population into the north created refugee- and shanty-towns all through the untouched parts of Amandon.  These have largely been subsumed into the cities or dismantled by the Army, and their people either given citizenship or sent further north to be resettled in Daecia, but some still live as squatters, vagabonds and caravaners and are not always welcomed by their fellow Amands.

Then there is the Wrecking Shore.

Even before the Fire Season, the Amandic shoreline was a dangerous place to live.  The Atharenix Sea to the south keeps the land warm during winter and provides a bounty of fish, but it also holds the White Isle of the haelhene — wraithly allies of the Empire but not of humans in general.  For centuries, haelhene raiding parties kidnapped farmers and fisherfolk, harassed the borders of the Forest of Mists and anyone who lived near them, and wrecked any ship larger than a rowboat that went too far from shore, making sea-trade on the Atharenix impossible.  During the Fire Season, the cities along the Wrecking Shore were abandoned, and the increased presence of the haelhene has kept them from being reclaimed; instead they have fallen into ruin, and some have begun subsiding into the sea.

While I don’t yet have a good picture of the White Isle, here is the associated haelhene wraith spire of Erestoia By-The-Sea:

On to the people.

Amandic women are obligated by tradition to wear dresses or skirts, and usually opt for floral patterns or embroidery that denote their city or region.  Each city has its own particular flower and leaf, and during the blooming season almost all citizens will wear garlands.  During the winter, they carry pouches of seeds for good luck. 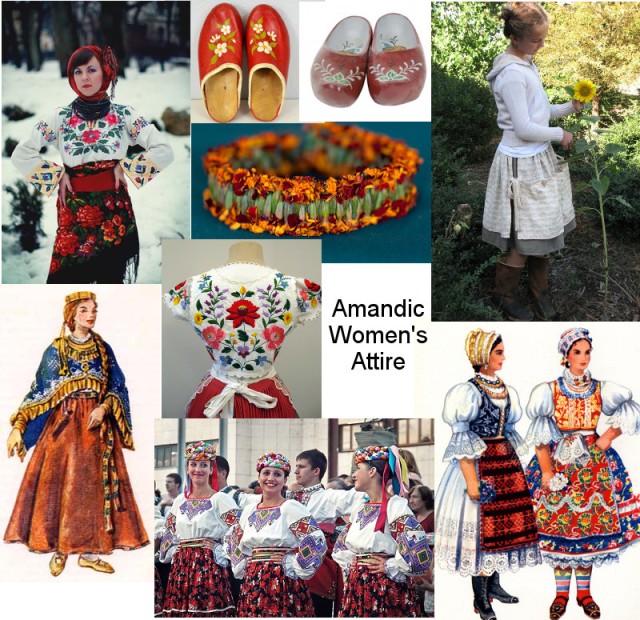 Men may be slightly less colorful but are no less embroidered — though their embroidery tends to be on the trim and on vests and other extra garments rather than on the main space of the garments themselves.  Men’s clothes may also have a flower motif but tends toward the leaf-and-vine variety more often.

While they may be rather wealthy because of exports, Amands do not wear much metal; with nearly no metal deposits within the protectorate, they have always been price-gouged by their neighbors for it, and have therefore formed a tradition of accessories made from cloth or wood or bone.  Metal tools are a necessary expense, but metal jewelry — especially precious metal — is considered ostentatious to the point of rude.

Both genders wear all manner of accessories, particularly in flower and leaf forms — either fresh or as fabric versions for the colder seasons.  Scarves either with or under hats are also common during the winter months.  A particular favorite among women is the headband with fabric flowers. 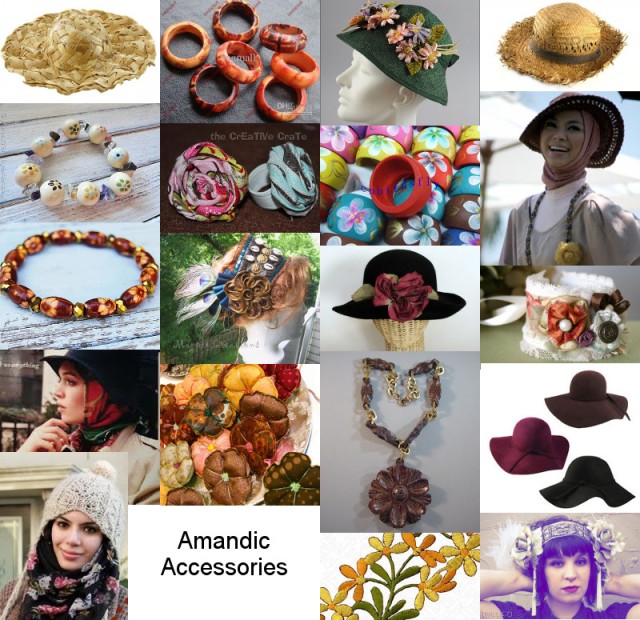 All colors are popular, and many farmers grow dye-plants or flowers in addition to their standard crops.

Except for the matter of metals in accessories, there is little variance between classes in Amandon because there is almost no upper-class; the old noble families were dissolved when the Empire gained control, and now the vast majority of Amands are farmers, craftsfolk or merchants, with even government officials coming from that stock.  Everyone works for a living, with only a few merchants wealthy enough to consider themselves the new ‘upper class’ — and most of them mindful enough of the feelings of their neighbors to avoid flaunting it.

Oh, this is my shabby version of the grain-and-crenelation flag they fly:

All in all, an unassuming and industrious people, not fond of outsiders or wanderers but not about to make trouble, and ruled by a Lord Regent who actually has their interests in mind — unlike some of the others.

I will discuss the city of Valent later; while it is technically split between Amandon and Trivestes, it is the current headquarters of the Silent Circle and thus not beholden to either territory.