Since we’ve been hacking at the book 2 physical cover, trying to make it fit and look right, a few tweaks have come up — including ones that I decided should be passed on to the ebook.  So my apologies to those who have the old one or anyone who tries to get the ebook of 2 right now, because it takes it offline while it updates anything, even just the cover image.

Anyway, the main issue is just that it was coming out too dark, and at the size the picture is in the card, a lot of the detail is lost.  So this is the new version: 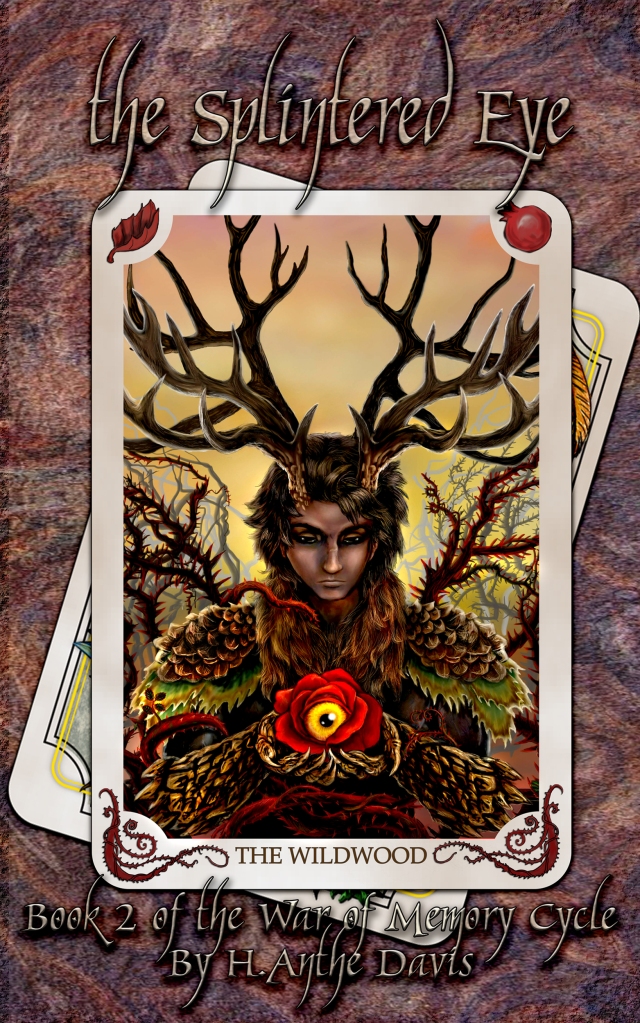 I was trying to convince myself for a while that it didn’t need to be lightened, but getting the physical proof and barely being able to make out his features convinced me.  Sigh…  But he still looks right.  It’s more like he’s had a light-source moved in front of him than that he’s been paled.

The other problem with the physical cover is the spine was too large so got chopped off unevenly.  We’ve been trying to figure out how to size it right, but it may take a little longer to be sure.  Meh.  Still, there are worse problems to have.