So.  I just pressed the ‘Publish’ button on the Kindle Direct Publishing page for my first book, The Light of Kerrindryr.  It says it will take about 12 hours for the book to be entered in the database.  Therefore, to prevent myself from passing out due to a combination of excitement and terror, I’m going to show off the last pics of the cover-creation process.

Previously, on My Artist Kills Me For Being So Finicky:

This is where we began the Duel of the Ravager’s Coloration.  (The Ravager is the big red-gold bird, by the way.)  I liked some of the examples, disliked others, so we experimented! 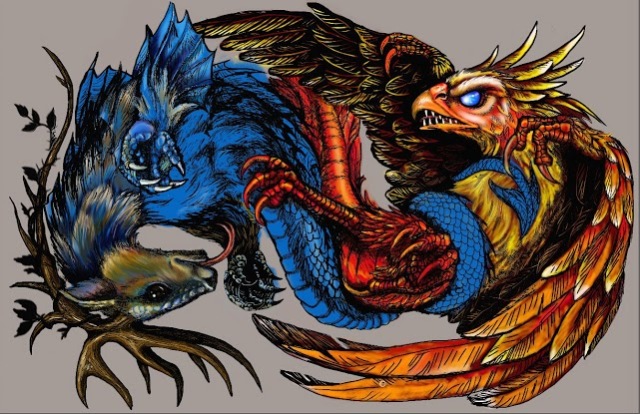 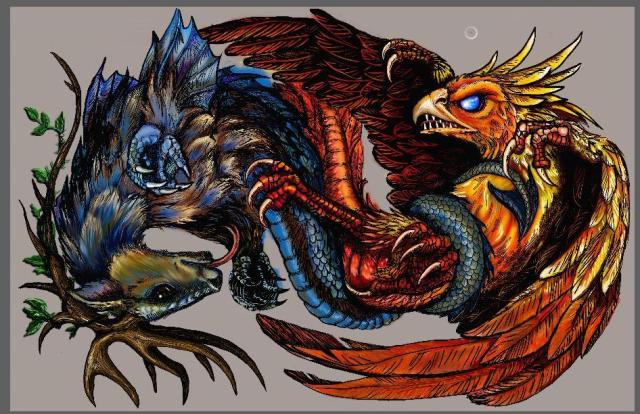 Really red face?  ARE YOU A TROLL??

So yeah, I’m a picky bastard.

My artist, saint that she is, continued to put up with me and produced this Ravager face:

Which pleased me.  Angry bird is angry.  Next: 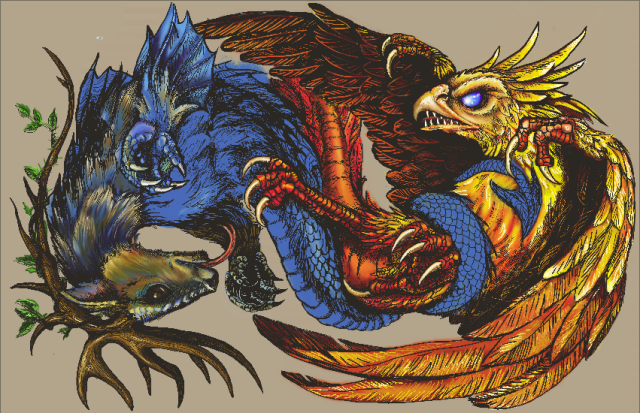 The Ravager in full feathery finery, with white claws (a big picky-point I had). 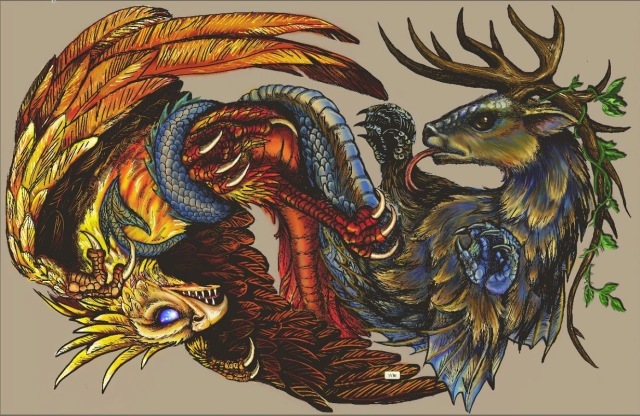 Furring the Guardian.  I think this is the point where I went ‘…should the Guardian be darker?’ and she contemplated crossing state lines to kill me. 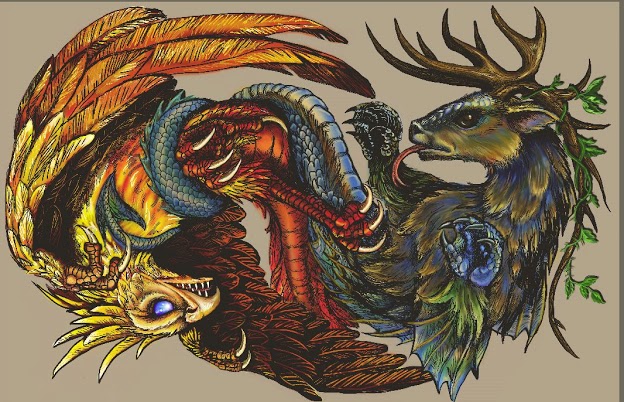 Starting the green highlights, since we were trying to figure out how to emphasize the Guardian’s limb there, which had kind of gotten lost in the fur-textures.

Until we remembered we needed to make it a card and put it on the cover and all of that.  Onward to more tweaking! How about this?  AUUUUGH NO!

HOW ABOUT THIS THING I TRIED TO DO BUT THEN MY PROGRAM CRASHED?  …..um. 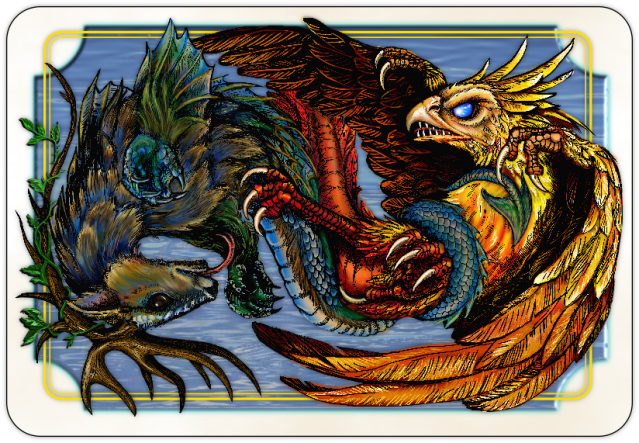 This?  I LIKE THE STYLE BUT NOT THE BACKGROUND!

Thiiiiis?  TOO MUCH WHITE!

HOW ABOUT THIS, I MADE A TEXTURE YAY!  …hrm…

Comparisons ensue!  We have a winner — the textured version!

I’m very proud of myself for that.

Finally, the cover layout!  First, my fantastic reference-image to give her an idea of what I wanted: And then, at long last, the glory, the vision:  The completed cover!

Font was the artist’s choice.  Size and placement was mine.  Background was her discovery, from the wonderful work of FantasyStock.

I have to thank my artist, D. D. Phillips, so so much for putting up with me.  Collaborating this closely on the project made for a great outcome but a lot of hair-pulling on her end, I’m sure — not to mention countless program crashes on both our sides.  But now it’s done, and it’s loading its way toward purchasable right now, and I’m going to go hide under my bed for the next month.  EEEE!