Back to the fun thing I like to call ‘nitpicking my artist until she drives across state lines to stab me with a kitchen knife’!

Previously, on The Cover of Book 2: 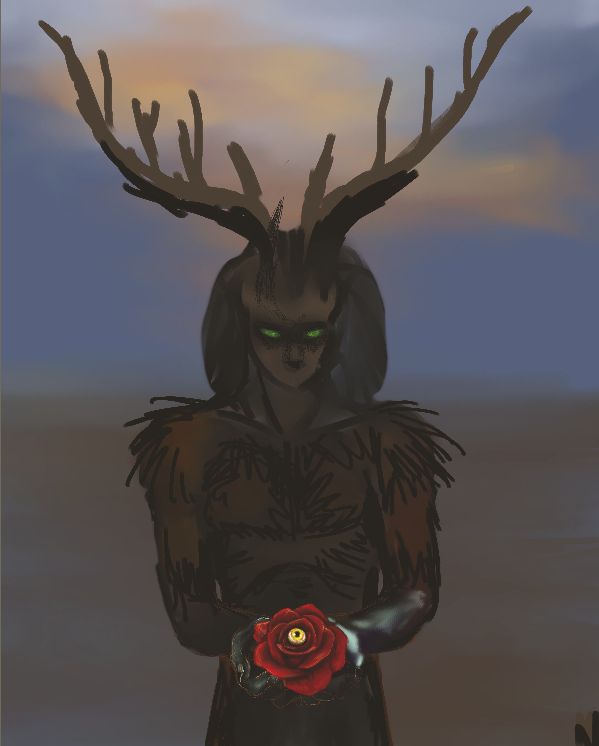 Okay, so that image was based on the first sketch I made of my idea for the artist, included below: 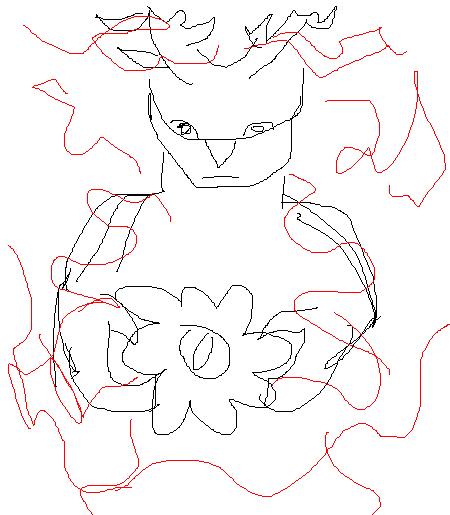 Fantastic, right?  One of the elements she didn’t get from that was the placement I wanted for the rose: higher up, so that we’re really not seeing much of the body, more the chest/face/antlers area.  So I drew a new example pic.

Anyway, her first focus was the rose with the eyeball in it.  I won’t talk about where that comes into the story, just that I have a specific vision for it and this first eye was too small and superficial.  I told her that the petals around it should be more like lids, so she did this: 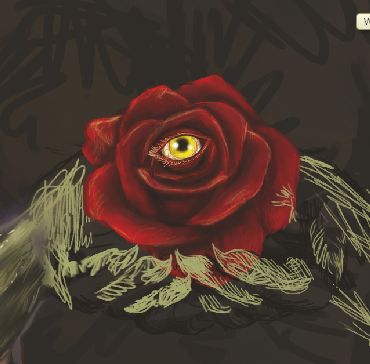 Not…really…what I was looking for.  Especially not with the eyelashes.  So I did a bit of editing in GIMP 2 to show her the size and placement I’d prefer.

Not looking exactly like that, of course; the idea is for the eyeball to be seated deep inside the rose, as if its optic nerves are going down into the stem.  Since they are.

But anyway, she set that aside for the moment to start working on Cob’s face.

Oh faces.  The doom of so much art.

I will tell you right now that I have a very clear idea of what Cob’s face looks like when he’s twenty-five.  The problem is that he’s currently seventeen, and I requested a weird angle so that he’s looking down at the rose instead of up at the viewer, which has made it tricky for both of us to judge how he looks.

Thus, the clusterfuck that follows. 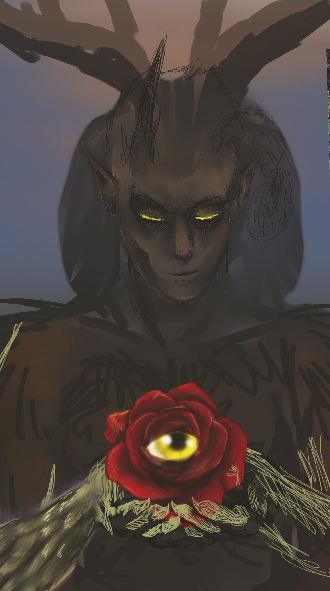 Rough placement of rose and face and such.

At this point, I said, ‘WHY ARE HIS EYES GREEN AND GLOWY?’  She said, ‘because?‘  So we progressed to his actual (dark brown, almost black) eyes after she suffered a day of messing with them to try to get dark eyes she liked. 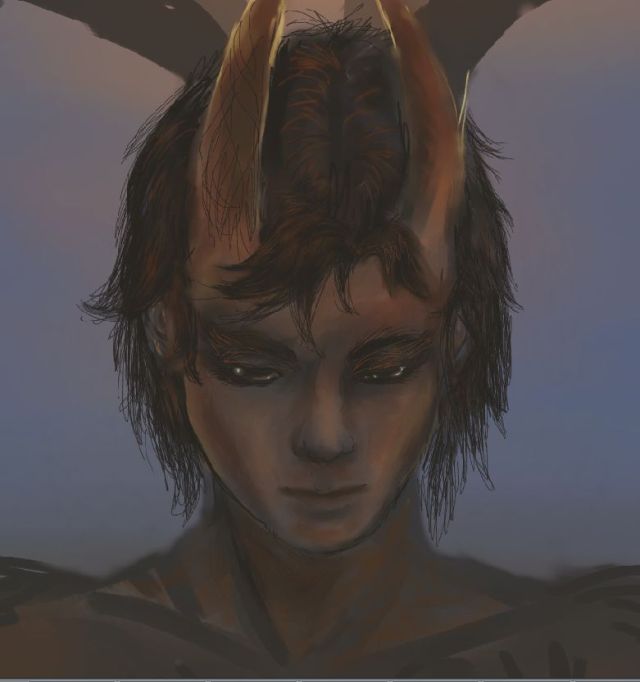 “HE LOOKS WAY TOO YOUNG.” 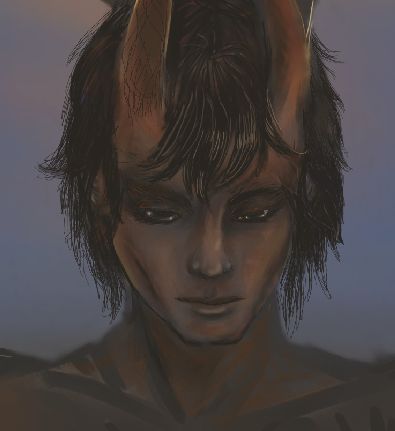 “HE STILL LOOKS TOO YOUNG AND ONE OF MY FRIENDS SAYS HE LOOKS LIKE MICHAEL JACKSON.  ALSO HE NEEDS MORE NOSE.” 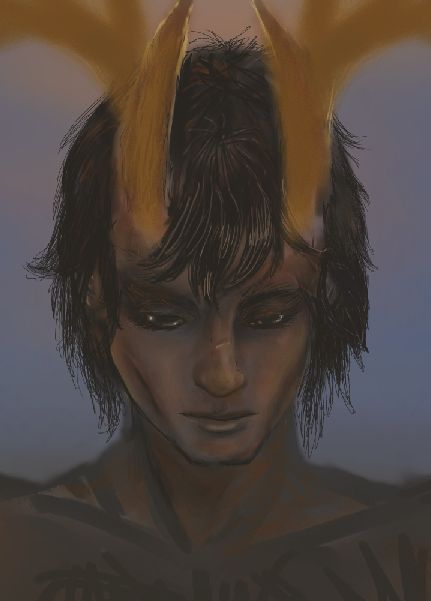 “OKAY THAT’S A GOOD NOSE BUT I THINK HIS FACE SHOULD BE LONGER LIKE THIS!  EXCEPT DONE WELL!”

“…kay.”  *tinker tinker, image I don’t have except for in reference next*

“NO NOW HIS JAWLINE LOOKS LUMPY.  AND WHAT HAPPENED TO HIS MOUTH?  I WANT THIS JAWLINE, WHERE DID IT GO?”

Mind you, she had been working on the image overnight between the (edited-by-me) image on the left and the base of the image on the right, as you can tell from the progress on the antlers.  So his mouth had already changed a bit due to new highlights, which I instantly disliked.  But it was too late to revert them.

“NO IT STILL LOOKS SOMEHOW TOO GIRLY AND LIKE HE’S SMILING, I DON’T WANT HIM TO SMILE!”

“NOOOOOOO, PASTE HIS OLD MOUTH BACK ON!”

“IT’S STILL NOT AS GOOD AS IT WAS BEFORE!  I SHOULD HAVE BEEN SATISFIED WITH WHAT I HAD!  I’VE RUINED EVERYTHING!”

“ALSO HE SUDDENLY HAS A WHITE EARRING!”

Let this be a lesson to you all.