A bit more art from my friend of many names (I think we’re using D. D. Philips at the moment but her tumblr and about everything else are under different names).

First, we’ve had to back off for the moment from the grand all-book-covers idea that I had, because it involved too many figures for the time available.  The thought now is to make quicker covers for the epub-versions of the books and reserve the Grand Plan of Book Covers for a physical print run (or a second e-book edition, or whenever we manage to get them together).

Both ideas are based on the Halion tarot deck I’ve roughed up, but while the Grand Plan involves the actual cards, the current simplified plan is the pattern on the card-backs: the entwined yet oppositional Guardian and Ravager, as seen below. 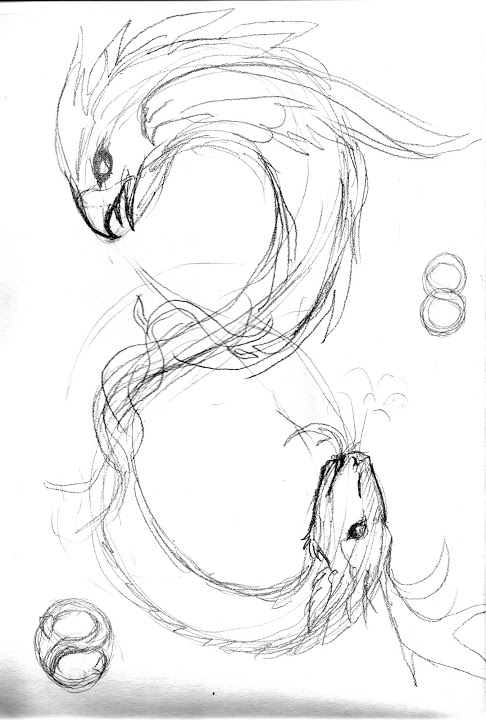 This is the super-rough sketch form, of course.  My artist has started on the inks now, and this is the Guardian’s face so far:

We plan a few changes but I’m pretty pleased with it so far.

Let’s see, what else.

A few scraps from the artist, of various critters we’ve previously discussed, like quillwolves:

Trying not to be Gollum and not to be Dobby, argh.  Difficult.

Also, the Ravager in its higher form (and pretending to be a hat): 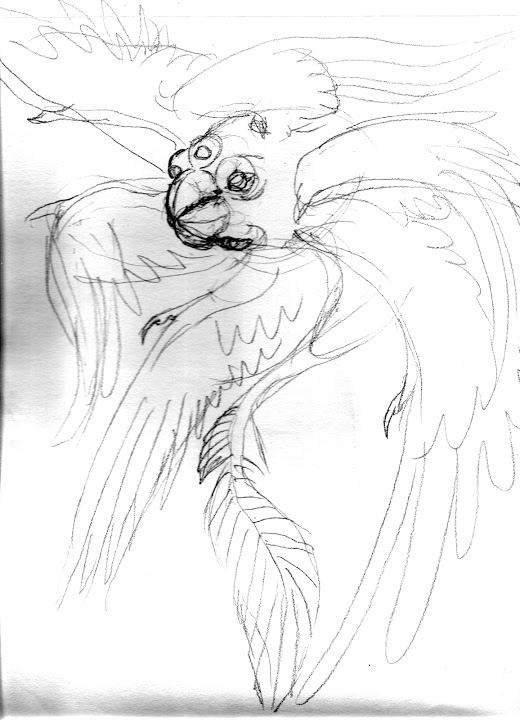 1 Response to Sketchwork and Cover Progress